My dear friend Rima and I traveled to Tulum, Mexico last week to lead a Yoga Retreat in the company of lively & cherished Yogis.  I am always so grateful for the opportunity to teach.
As our plane was making its descent into Cancun, there was this gradual build up in pressure. You felt like you were being pushed forward and back with a certain intensity.  Just as the wheels were about to hit the landing strip there was a surge in pressure, pushing us now forward.  Rima and I simultaneously put our hands up on the tray tables folded up in front of us to push back a bit. 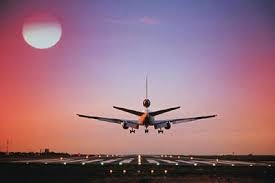 It is said that our mental afflictions can be recognized similarily as a surge in energy that pushes us in a direction we don’t want to be pushed.  These mental afflictions (kleshas) require a degree of attentiveness, awareness, and watchfulness, to insure that we don’t land into an emotion and its aftermath.
As the great Buddhist teacher Pema Chödrön reminds us, the quality of attentiveness buys us some time. It affords us the space to notice that all negative emotions are nothing but a bubbling of energy and not solid in nature.  That they don’t need to stick!  Intercepted at an early stage, with great effort and resolve, this energy can be redirected/ rechanneled from a path of destruction into safe harbor.

4.27
I am as if benumbed by sorcery
My mind reduced to total impotence
With no perception of the madness overwhelming me,
O what is it that has me in its grip?
4.28
Anger, lust – these enemies of mine –
Are limbless and devoid of faculties.
They have no bravery, no cleverness;
How then have they reduced me to such slavery?
Shantideva, Way of The Bodhisattva
Commentary by Pema Chödrön – No Time To Lose